Teens: This is how social media affects your brain

Keeping in touch is no longer about face to face, but instead screen to screen, highlighted by the fact that more than 1 billion people are using Facebook every day.

Social media has become second nature -- but what impact is this having on our brain?

In a recent study, researchers at the UCLA brain mapping center used an fMRI scanner to image the brains of 32 teenagers as they used a bespoke social media app resembling Instagram. By watching the activity inside different regions of the brain as the teens used the app, the team found certain regions became activated by "likes", with the brain's reward center becoming especially active.

Americans devote more than 10 hours a day to screen time, and growing

"When teens learn that their own pictures have supposedly received a lot of likes, they show significantly greater activation in parts of the brain's reward circuitry," says lead author Lauren Sherman. "This is the same group of regions responding when we see pictures of a person we love or when we win money."

The teenagers were shown more than 140 images where 'likes' were believed to from their peers, but were in fact assigned by the research team.

Scans revealed that the nucleus accumbens, a part of the brain's reward circuitry, was especially active when teens saw a large number of likes on their own photos, which could inspire them to use social media more often.

As part of the experiment, participants were also shown a range of "neutral" photos showing things like food and friends, and "risky" photos depicting cigarettes and alcohol. But the type of image had no impact on the number of "likes" given by the teens. they were instead more likely to 'like' the more popular photos, regardless of what they showed. This could lead to both a positive and negative influence from peers online.

Sherman believes these results could have important implications among this age group.

"Reward circuitry is thought to be particularly sensitive in adolescence," says Sherman, "It could be explaining, at least in part, why teens are such avid social media users."

Read: What parents need to know when kids are on social media.

Adolescence is a period that is very important for social learning, which could explain why teens are often more tuned in to what's going on in their respective cultures. With the rise of social media, Sherman thinks we may even be learning to read likes and shares instead of facial expressions.

"Before, if you were having a face to face interaction everything is qualitative. You use someone's gestures or facial expressions, that sort of thing, to see how effective your message is," she says.

"Now if you go online, one of the ways that you gauge the effectiveness of your message is in the number of likes, favorites or retweets, and this is something that's really different and unique about online interaction."

Dumontheil does, however, concur that social media is affecting our brain, particularly its plasticity, which is the way the brain grows and changes after experiencing different things.

"Whenever you learn something new or you experience something, it's encoded in your brain, and it's encoded by subtle changes in the strength of connections between neurons," says Dumontheil.

For example, one study showed that the white matter in an adults' brains changed as they learned how to juggle over a period of several months. "They found that if you scan [the brains of] adults before they learn how to juggle, and then three months later, you can see changes in the brain structure," says Dumontheil.

Time spent on social media could, therefore, also cause the brain to change and grow.

"We might be a bit less good at reading subtle expressions on faces that are moving, but we might be much quicker at monitoring what's going on in a whole group of our friends," says Dumontheil.

So are these new skills a good or a bad thing? Neither, she says. "It's just a way we have of adapting to our environment."

Be your own superhero. We can help! The Social Concept, Inc.

The Social Concept, Inc. - We give you superpowers!

You have questions. We have the answers. The Social Concept, Inc. 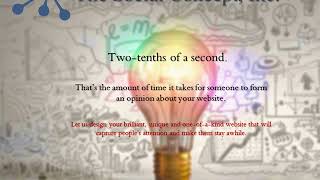 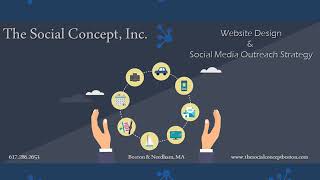 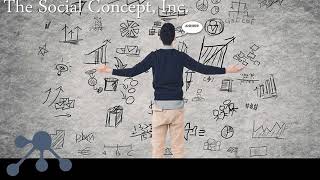 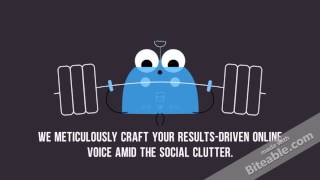 Be your own superhero. We can help! The Social Concept, Inc.

The Social Concept, Inc. - We give you superpowers!

You have questions. We have the answers. The Social Concept, Inc.